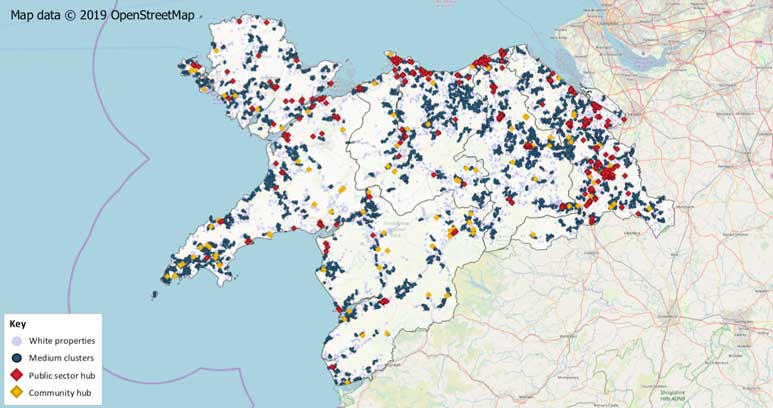 As UK Government plans to step up fibre deployment targets, INCA has released a new report calling for properties without superfast broadband to be first in line for upgrades, despite additional time and complexity of deployments.

Properties with the greatest need – rather than those which are easy to reach – should be prioritised for full fibre rollouts, according to a new report from GreySky Consulting for INCA.

Released on Oct 17 at our 2019 Conference, the report, Outside In – Delivering Rural Broadband, explores the move of focus from superfast to ‘full fibre and 5G’ and sets out recommendations for how the UK should develop its digital infrastructure as the Government looks to encourage new 5G services and to bring the deadline for full fibre forward to 2025.

Instead of starting with the easiest to reach areas where fibre will be fairly quick to deploy, the joint Greysky/INCA report suggests that the Government prioritises properties currently without superfast broadband – even if this means it will take longer initially and not improve the UK’s overall ranking in fibre tables.

“Historically, the Government took an Inside Out approach to broadband deployment and started with the areas which were ‘easier’ to deploy – perhaps no surprise as this yields the greatest progress on a quicker timescale which is important when it comes to ranking tables,” said report author James Saunby, INCA Vice Chair. “For full fibre, we think the Government should put the places with the greatest need first, rather than overbuilding in areas where superfast broadband is already available. While this won’t progress the country’s overall percentage of fibre as quickly, due to a more difficult build, it will ensure that a significant proportion of the UK doesn’t fall further behind.”

The report’s recommendations are based on a real-life assessment of North Wales, which includes a mix of urban, suburban and rural areas, making it indicative of the challenges faced across the UK. The report sets out the findings of the assessment which is based on the availability of key digital technologies in North Wales using current Ofcom data.

“The approach to cover properties without superfast broadband presents a balance between cost efficiency of deployment and up-lift of end-user experience,” said Malcom Corbett, INCA CEO. “The use of full fibre ensures a ‘future-proof’ strategic solution. It will leave a small number of premises without access to ‘decent’ broadband but due to the Universal Service Obligation, it is expected that other technologies, such as 4G, 5G, ‘White Space’ and other wireless technologies, will be used to address these remaining basic broadband connections.”