INCA is not surprised but is still disappointed with Ofcom’s decision today (Sept 30 2021). Our members are committed to meeting and surpassing the government’s targets for gigabit capable networks - so much so that £14bn of new investment has been brought into the sector to support this aim. Ofcom’s decision today puts that at risk and operators will now be seriously considering what steps to take next.

Superficially, BT’s ‘Project Equinox’ is all about reducing costs to encourage ISPs to move customers to BT Openreach’s fibre networks. Yet the impact will actually be a reduction in wholesale competition which will inevitably result in higher prices and lower standards of service in the long run for consumers.

BT is using its market power to reinforce its dominant position. It wants to deter the competitive investment that has done so much to accelerate the pace of new fibre deployment. To meet the government’s gigabit targets – and more importantly to reach those beyond the 85% stated in Boris Johnson’s ambition – we need to bring to the table all the investment available. The altnets are doing that and this competitive investment is spurring more investment from BT. Players like CityFibre are becoming increasingly significant alongside the growing range of regional and specialist providers that have entered the market based on supportive Government policy and a fair regulatory landscape.

Ofcom’s decision is in direct contradiction to its stated policy of promoting competitive investment and maintaining that regulatory certainty. 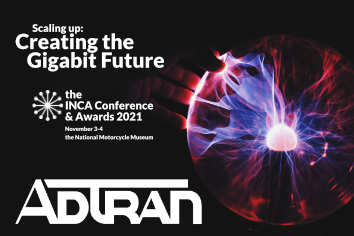