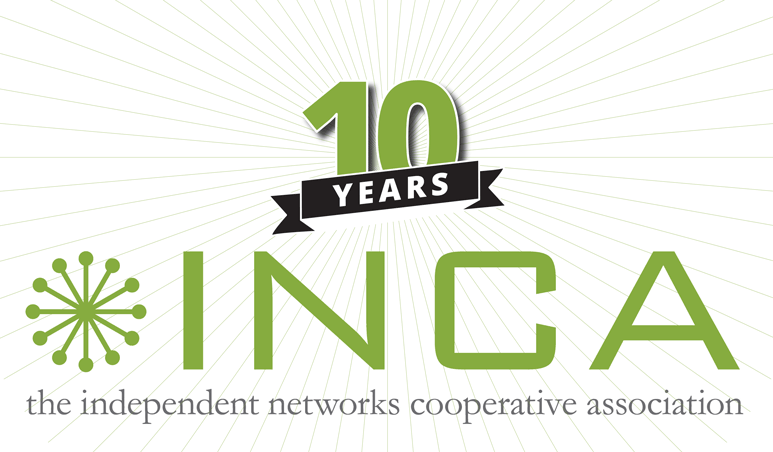 When INCA started back in 2009 many of the leading independent digital infrastructure providers were a glimmer in the eye of their founders, or just starting out. Today they represent a genuine and fast growing force to compete with BT and Virgin Media, delivering the new communications networks that we will all depend on for decades to come.

INCA was created by a group of people originally involved in the Community Broadband Network (CBN), itself launched in January 2004 by the then Rural Affairs Minister Alun Michael and Broadband Minister Stephen Timms. CBN supported communities interested in developing and running their own networks. These mostly social enterprise and community-owned projects played a crucial role in bringing first generation broadband to all parts of the UK, a fact recognised by Lord Carter in his Digital Britain Report. Working with partner organisations like Ruralnet and the Access to Broadband Campaign we had quickly built a following amongst a broad cross-section of individuals and organisations that believed we needed to move beyond the copper phone network and create the new fibre and wireless networks of the future. Lord Carter supported CBN's proposals to create INCA – a new association of independent networks, and so the organisation was born.

With the launch of INCA in 2009/10 we created a platform that could link companies, communities, local authorities and individuals that wanted to work together to promote an approach that went beyond the broadband services currently available. An early opportunity to gather government support for a new approach came in 2010 when the Government published ‘Britain’s Superfast Broadband Future’ with plans for the UK to have the ‘best superfast broadband in Europe’ by 2015, with the promise of funding for rural projects.

Unfortunately our early hopes were dashed when the BDUK process led to just one organisation – BT – being allowed to bid for first phase projects. However the smaller independents were undeterred. Hyperoptic was already making inroads into the urban MDU market and required no public subsidy. Similarly the new formed CityFibre focused on city metronet projects to anchor plans for future FTTP build-out. Gigaclear was formed with a plan to deploy rural FTTP networks on a commercial basis. Community schemes like Cybermoor developed both wireless and fibre networks. B4RN was created to focus on 100% coverage with full fibre supported directly by local communities – no state aid required. Similarly a range of wireless broadband networks continued to develop, usually without recourse to public funding.

In 2013 INCA was instrumental in getting parliament’s Public Accounts Committee to investigate the early stage of the BDUK programme, leading to significant changes. With the arrival of Chris Townsend as head of BDUK, funding was opened up to more operators. Meanwhile the urban providers continued to grow. Together these started to change attitudes in Ofcom and Government.

2016 saw the publication of two significant reports. Ofcom’s Digital Communications Review for the first time talked about shifting the balance of competition from service providers competing on one national infrastructure owned by BT and run by the newly created Openreach, to multiple competing infrastructures. INCA subsequently published the 'Building Gigabit Britain’ report, arguing that we needed to move beyond the part-fibre part-copper network and that a competitive approach, underpinned with policy and regulatory changes would yield significant benefits. The new minister Matt Hancock was a fan of this approach and announced that the future was ‘Full Fibre and 5G’ - in the process coining the new term that has since become ubiquitous in the industry.

Since then it has been full steam ahead. The publication of the 'Future Telecoms Infrastructure Review' in 2018 created the policy conditions to open up investment, which subsequently flowed into the sector. INCA member operators started growing fast, ramping up their network build. BT and Openreach responded by announcing a ‘fibre first’ approach.

With the changing environment INCA’s role is developing. From a pure lobbying and networking group we are evolving into an association that can provide higher level support in policy and regulation, particularly for the second wave of operators that are fast appearing.

We have spent time with our members developing quality standards for full fibre, fixed wireless, and more recently wholesale services. The aim is to define the gold standard, led by the independent sector, for the benefit of the industry as a whole.

During the coming months and years we expect to see the debate about wholesale services evolve as networks grow beyond their early adopter phases.

We are also keen to continue to work with government and Ofcom to help develop plans to ensure the hardest to reach communities don’t get left behind as the country moves towards new very high capacity full fibre and wireless networks.

Despite the potential challenges presented by Brexit INCA members are keen to accelerate the pace of deployment as much as possible.

An important role that INCA has played throughout the last decade remains as important as ever: to act as a facilitator for networking and debate in the sector, not least through our conference and events programme.

Our 10th Anniversary Conference, #theRoadAhead, will celebrate the achievements of the sector as a whole and look forward to the next period of transformation from the venerable copper phone network, to the digital networks of the future.